On Thursday June 25 the RNA announced the winners of the first section of their much-vaunted Paddock to Palate competition. With over 1000 cattle entered and more than 70 exhibitors from throughout Queensland and NSW this year’s competition was the biggest yet. After 100 days on grain at Mort and Co. Grassdale feedlot the Gyranda steers emerged victorious. The pen of six averaging an amazing 3.06kg/head/day!

In another top-up for Santa Gertrudis, Yugilbar took out the 70 day weight gain competition and were runner up to Gyranda in the 100 day competition.

This was Gyranda’s first foray into the Paddock to Palate competition. Peter Mahony said that he was over the moon with how their single pen performed in the RNA competition but was even more thrilled when a different pen of steers won the weight gain section of the prestigious Callide Dawson Carcase competition the very next night.

“To benchmark your genetics against the best operators in the state, for relevant traits like weight gain, and come out on top consistently is a real tick of approval for how we operate.”

“It is especially pleasing because the Gyranda herd has long been noted for its fertility and temperament. We have utilised data – especially EBVs since their inception – as a selection tool to produce Balance in our cattle. It’s reassuring to know that cattle with great fertility can also have class leading weight gain.” 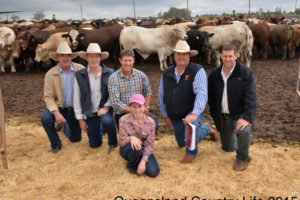 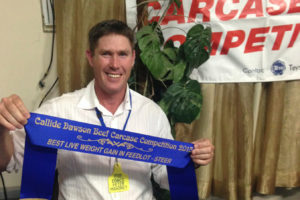 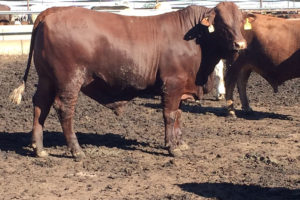 The full Gyranda complement – Nikki and Peter Mahony along with Burnett and Louise Joyce – made the trip to Paraguay, South America for the Santa World Congress in May and June. We saw some extremely productive country, great Santa Gertrudis cattle and were treaded to wonderful hospitality by the Mennonite community of the Chako region.

Over 30 international delegates (consisting mostly of Australians) attended the congress and 22 went on the post congress tour of Argentina and Brazil. As per usual they were all out to enjoy themselves and it was certainly an education for the native Paraguayans when the Australian contingent filled the hours on the bus with a plethora of poetry, songs, ditties and jokes. Alistair Bass recited, Col Semple regaled us with his true stories, Peter Mahony and Philip Hague had plenty of jokes whilst both Ben’s (Adams and Noller) discovered a new calling in vaudeville theatre.

The central Chako is very hot in summer, more fertile and has a little more rain but is otherwise quite similar to central Queensland. It is no surprise then that Santas, along with Brahman, Brangus and Nelore thrive over there. Unlike Australia, however, Paraguay does not have an export market for the large Jap ox type carcase and their domestic market demands a smaller 450-550 kg. animal. For this reason, and in pursuit of efficiency in their herd, cattlemen are pursuing an early maturing, more medium framed animal.

It is fair to say that cattlemen/women on the tour were very impressed with the quality of cattle on display. Temperament was excellent, sheath tidy and coats clean and consistent across most of the herds we saw. In line with their conditions and markets the frame was smaller in some herds than we normally see here in Australia but there was no lack of weight in them.

The Paraguayns in the Central Chako utilise a lot of A.I. in their breeding and have a very strong influence from Australian bulls. Those cattle we saw were descended from Gyranda Exhibitionist, Rosevale Exhibitionist, Tyndale Replay, Gyranda Crackerjack, Gyranda Atom, Dangarfield Quarterback and Gyranda Cesar. It certainly is amazing to go half way round the world and see your own genetics in the paddock and show ring.

The South Americans do not yet have a breedplan system for generating EBV’s like we do here in Australia but they certainly do maintain and utilise data within their own herds. One of the most commonly utilised ratios for selection is the ratio of Dam-to-weaner weight. In their search for efficiency they are striving to breed those medium sized cows that still deliver a big weaner – as opposed to a small cow delivering a light weaner or a big cow delivering an average weaner. It is a ratio that seems to be also grabbing traction in the U.S. amongst those crossbred/composite herds without EBVs.

The co-operative structure of the Mennonite communities in the Chako, and indeed across all of Paraguay is something to be admired. They operate, in many ways as a government within a government and what they have been able to achieve in the face of great adversity is simply amazing. Some say that those bonds grow weaker with each generation but it is certainly something that helps to drive their success.

A wonderful tour with great hospitality and company. On the topic of weight gain, we all ate too much (or had tremendous feed efficiency) but a little hard work at home is just what the doctor ordered. 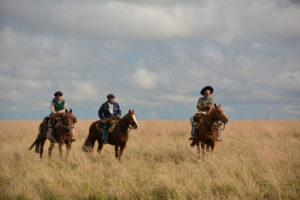 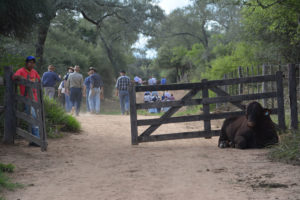 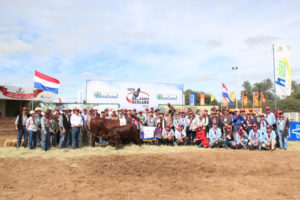 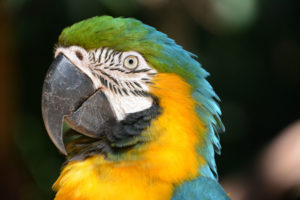 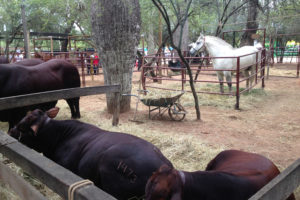 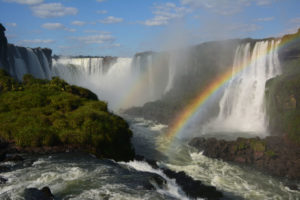 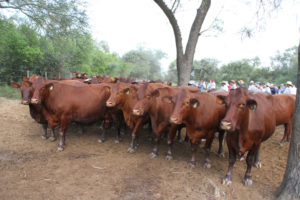 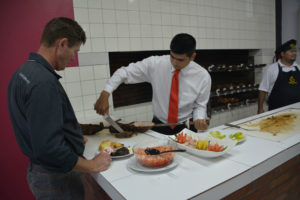 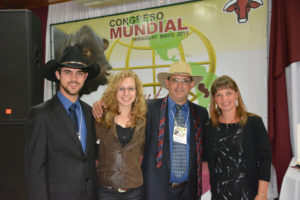 It’s exhausting just thinking back over the past two months.  All of this was hot on the heels of the great beef showcase which is held in Rockhampton, Queensland every three years.  Beef 2015 was another fantastic event for Gyranda and Santa Gertrudis – housed in the impressive Santa Dome, with a buffet of trade stalls, seminars, stud and commercial cattle, carcase comps, breakfasts, luncheons, dinners and entertainment to feast on surrounded by cattlemen and women from across Australia and the World.  Peter was well received as guest speaker at a St Brendans College old boy’s lunch on the Monday and the week filled up rapidly from then on.

We were exceptionally happy with the immense interest, spirited bidding and the final result for our heifers sold online via Auctions plus as a showcase during Beef 2015.  The girls have settled into their new homes and are a rare commodity with a significantly reduced national and global cattle herd on this rapidly rising beef market.

Likewise our showteam (cattle and crew) did us proud over the Expo – putting on a mighty fine display. 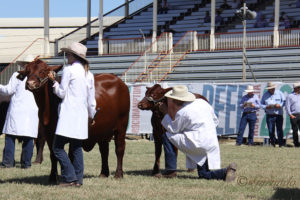 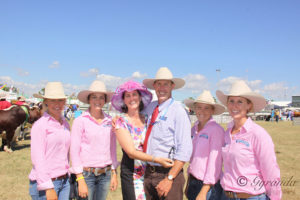 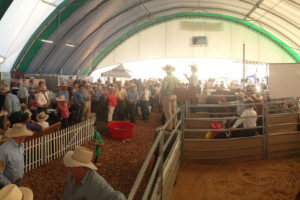